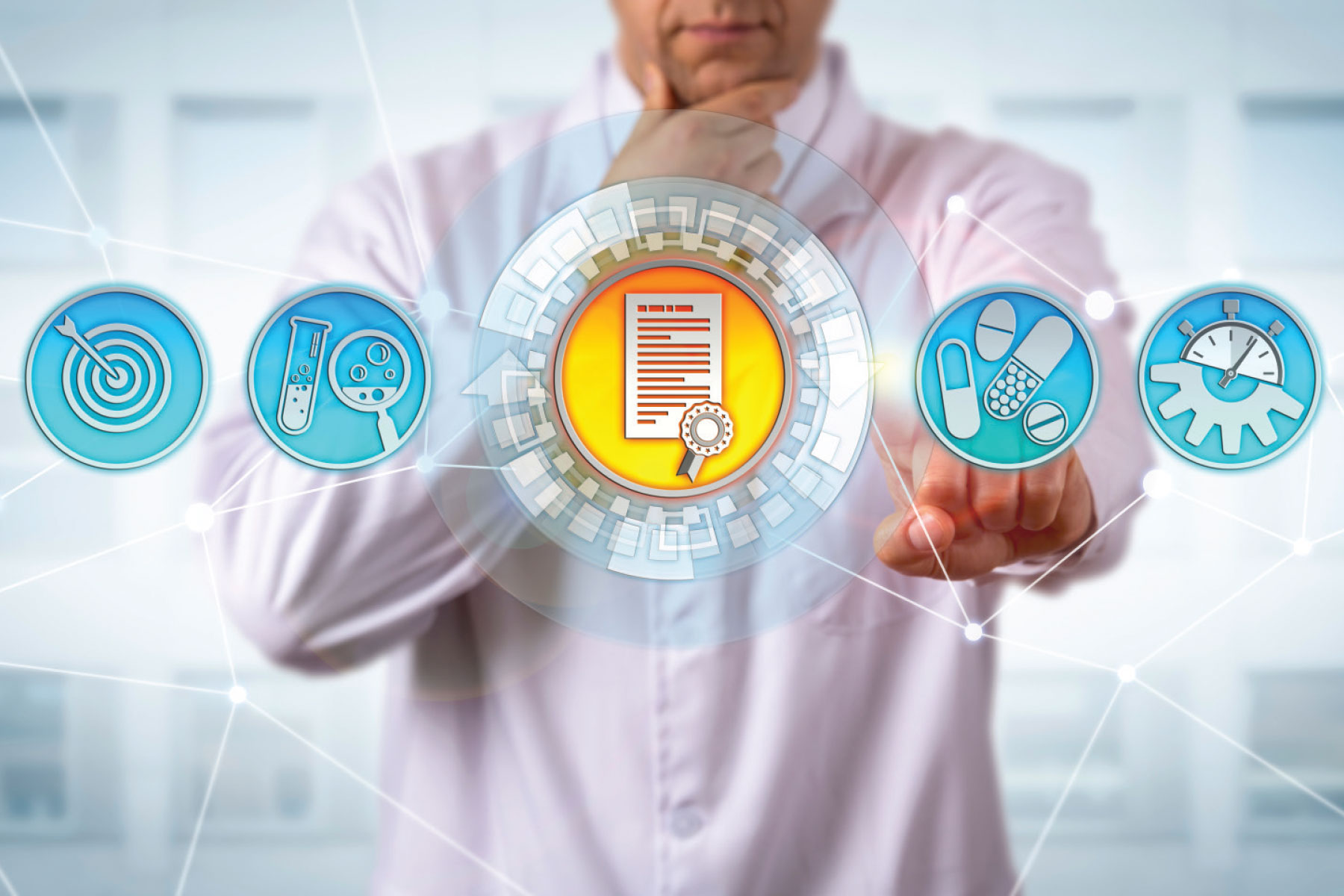 Generics of the Authorized Kind

They can add competition and lower prices, but some see authorized generics as a ploy to fend off competition from true generics.
P​rescription medications account for nearly 20% of all health care spending in the United States. As medication costs continue to rise, a little-known class of generic medications called authorized generic drugs may offer a cheaper alternative to branded medications while potentially improving medication adherence and, consequently, patient outcomes.
But authorize... 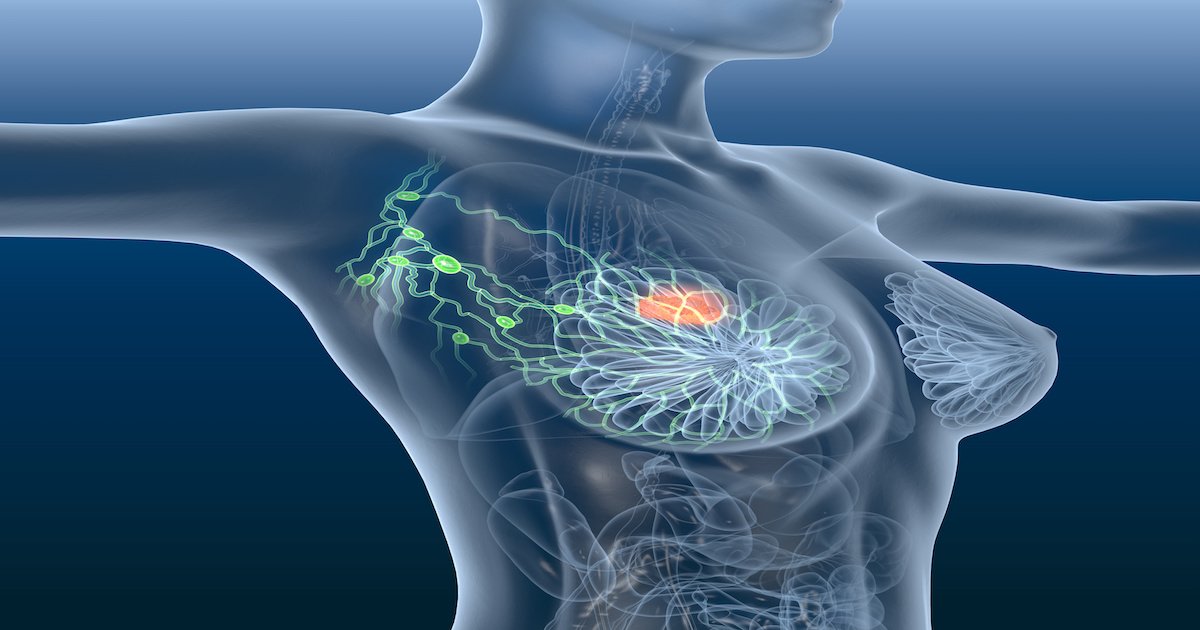 The Benefits of Pharmacogenetics Testing

Pharmacogenetics offers numerous benefits to help improve provider's ability to individualize treatment. However, it is just one piece in an arsenal of tools en route to providing optimal patient care.

ACR, Biosimilars, News, Rheumatoid Arthritis, Rheumatology
A new study shows that the clinical status of patients who have either rheumatoid arthritis or axial spondyloarthritis, can be successfully maintained when switching from the biologic originator etanercept to a biosimilar called SB4.
Using real-world evidence collated from four countries in the European Union, the “BENEFIT” Pan-European Observational Study elucidates the efficacy and safety profile of the transition from the original ... 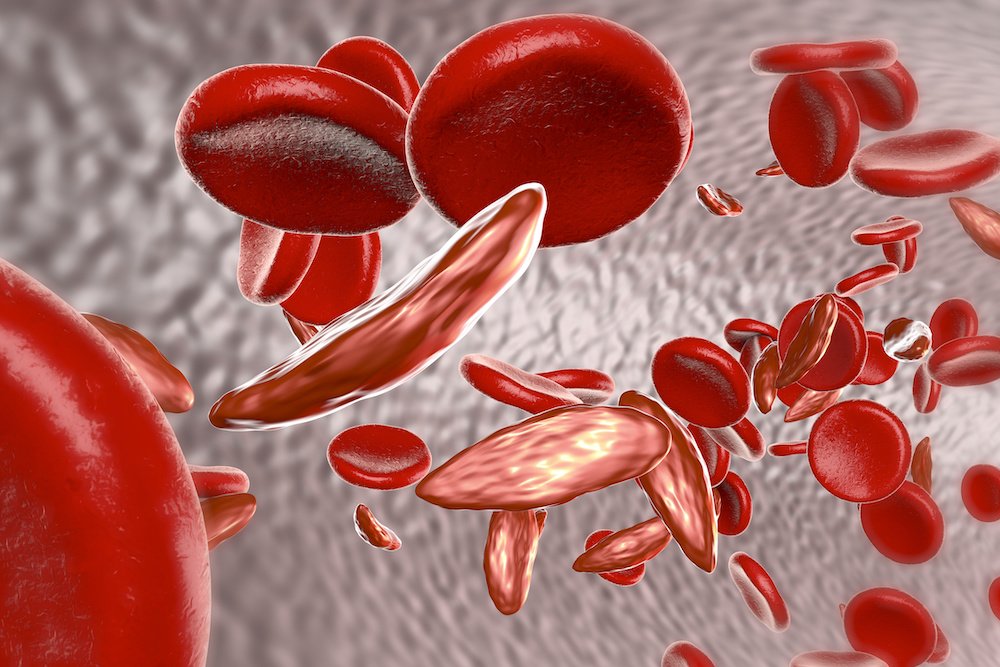 Clinical News, Community Practice, Health System News, Hematology, New Products, Rare Diseases, The Latest
Approximately 100,000 people living in the United States have sickle cell disease (SCD)—double the number of patients who have hemophilia and cystic fibrosis (CF) combined; yet, SCD receives far less attention and funding.
Famously known as a condition that predominates among individuals of African descent, 1 in every 365 African American babies born in the United States has the conditio... 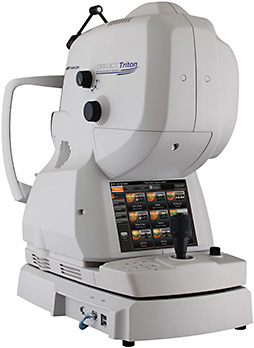 Device offers theoretical advantage in visualizing disease.
The FDA’s recent clearance of Topcon’s latest swept-source optical coherence tomography (SS-OCT) device for ophthalmic use offers clinicians new hope in screening and diagnostics, but how does it stack up to existing technologies?
“We have limited resources for managing patients, so when new technology comes out, we want to know, ‘Does it help the patient?’ and ‘Can we afford it?’” says Andrew Iwach, MD, clinical spokesman for the AA...

Conventional cataract surgery presents a variety of complexities for both the physician and the patient, including inflammation resulting from surgery and patient discomfort. In 2017, the FDA cleared ianTECH’s miLOOP — an energy-free, ophthalmic device — to help mitigate some of the intra- and postoperative challenges that frequently occur in cataract surgery.

The single-use device contains what its manufacturer describes as a “super... 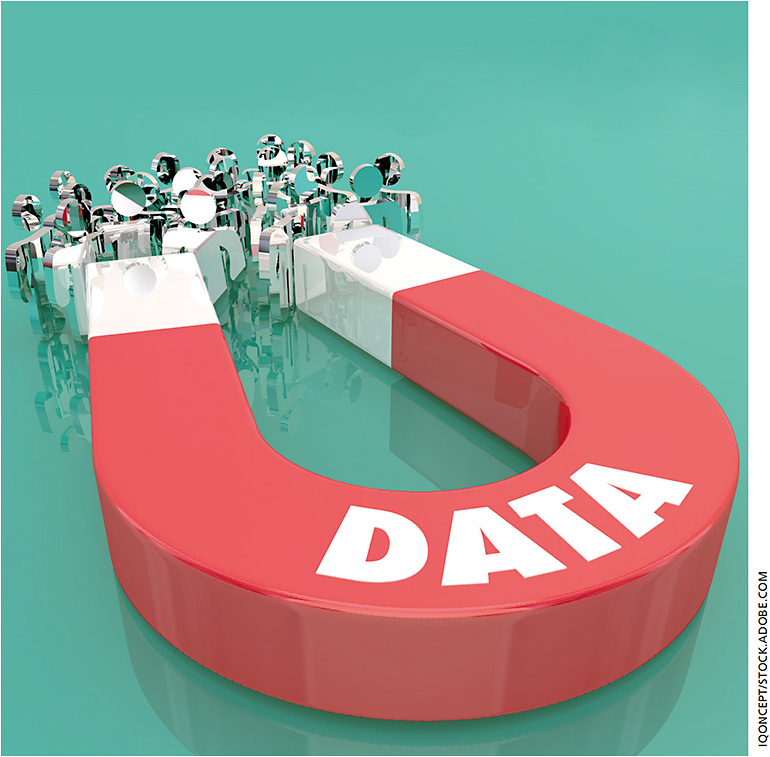 The key to optimizing Big Data? 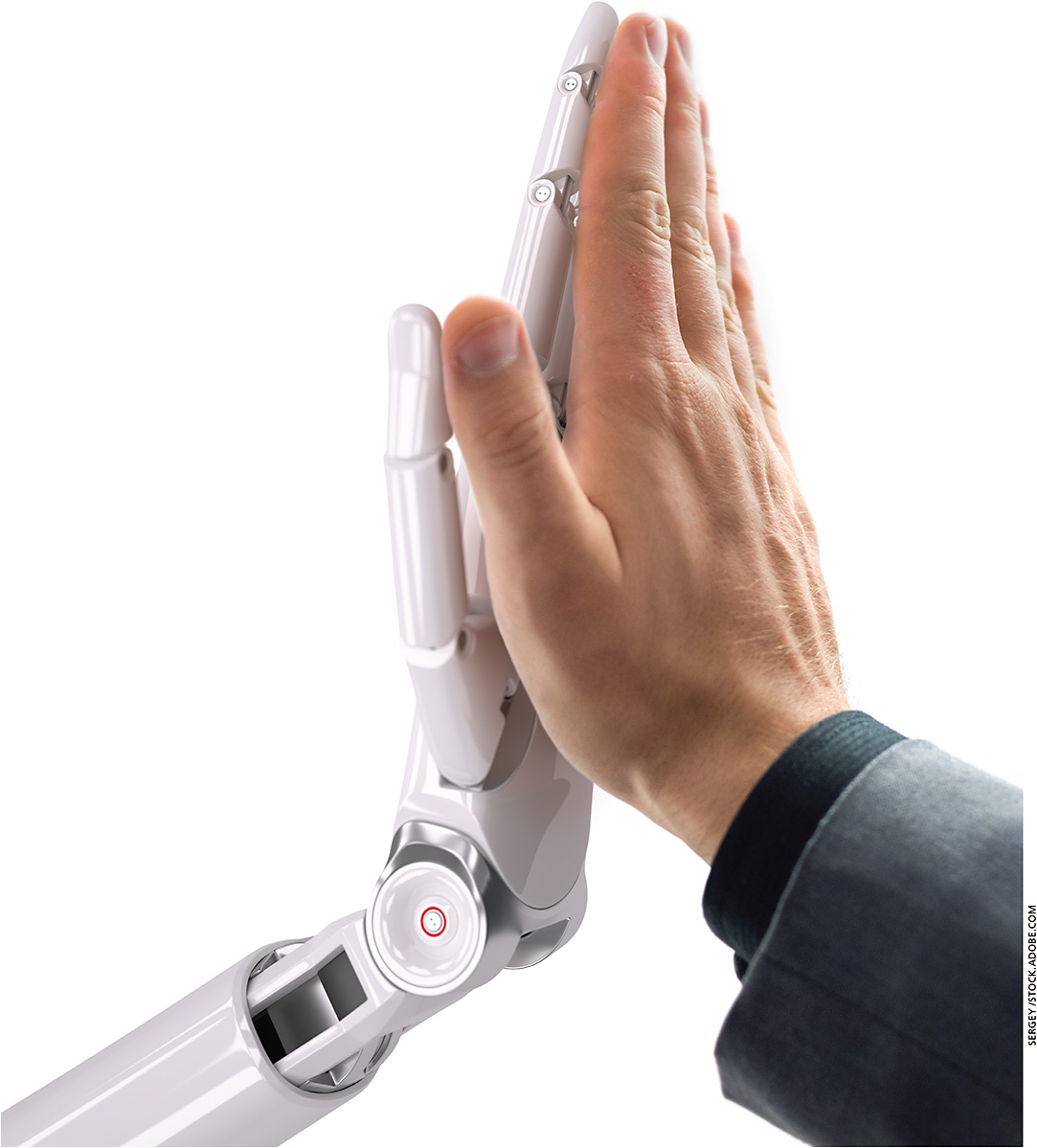 When the World Wide Web first became global in 1991, few people would have suspected the magnitude by which the Internet would one day revolutionize how people gather information.
Even fewer would have foreseen its utility in helping health-care providers diagnose illness — but that’s exactly what happened nearly 30 years later when Microsoft began analyzing the search histories of users who had been seeking information about pancreatic adenocarcinoma using the company’s search engine, Bing.1...

The 8 Best Ways to Communicate with Patients

Did you know that, even though 99% of Americans are reportedly able to read and write to some degree, 21% of Americans can only understand the most basic information?

This means that for many of your patients, simply handing over a sheet of dense safety information or quickly firing off a list of instructions isn’t going to be enough. No matter how you present patients with information, using simple communication techniques can help them understand the important tips you have for them. Here are a few easy tips to help improve your ability to communicate in plain language.

Are Community Pharmacists an Untapped Resource in Fighting Antifungal Resistance?

Viewpoints, Viewpoints, In My View, The Latest, Clinical News
Each year, 23,000 of the approximately 2 million people who contract antibiotic-resistant infections will die.1 Such a death toll automatically draws attention to the antibiotic resistance crisis. Antifungal-resistant infections don’t have as high a body count. However, some fungal infections, such as those in the Candida and Aspergillus genera, are becoming less responsive to antifungal agents, and this warrants some much-needed a... 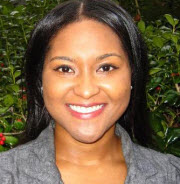 5 Things a Pharmacist Wishes You Knew

Ever wonder what pharmacists do exactly? Many people see us stand behind a counter filling prescriptions and assume that’s all we do, but the answer is not quite that simple—or obvious. We’re actually able and willing to help you in more ways than most people realize.
As a pharmacist who has worked in a variety of settings, I can tell you there are many things that we wish people knew about their pharmacist – here are a few of them:
1. We’re looking out for you. Every time we look at a prescr... 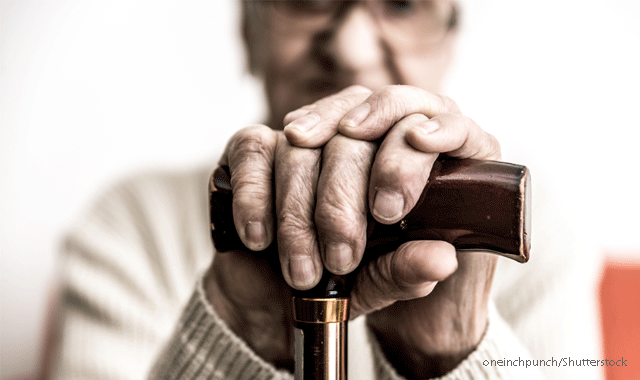 Why I Became a Board-Certified Geriatric Pharmacist

The Latest, The Latest
“You know, children are not small adults,” a preceptor once told me during an early pharmacy practice rotation. Nearly 10 years later, I sometimes still hear her voice in my head. However, my patient population falls on the opposite end of the life spectrum: They are members of the geriatric community.
Like children, advanced members of our community require special considerations. Some disease states affect elderly patients differently than younger individuals. Liver f... 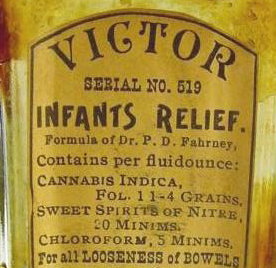 You might think you were hallucinating if you walked into a pharmacy today and saw LSD, strychnine, and heroin on the shelf.
However, there was a time when these and many other products now considered either illicit or poisonous were manufactured by drug companies and considered safe.
Now, thanks to advancements in science, medicine, and unfortunately, some human trial-and-error, most of these products are no longer available for medical use,although some still are. Let’s take a trip down mem... 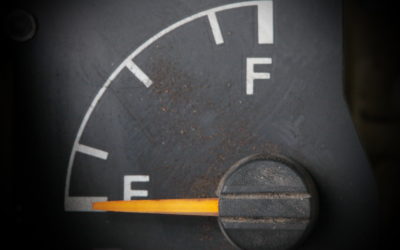